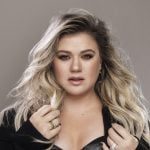 Kelly Clarkson is a singer, composer, and actress. She stepped into stardom in 2002 after winning the inaugural season of American Idol. Her debut single, A Moment Like This, topped the US Billboard Hot 100 and became one of the biggest songs of the year in the US. In 2003, Kelly released her debut album Thankful, which topped the US Billboard 200, and its’ lead single, Miss Independent, was a top ten global hit.

Kelly was born on April 24th, 1982, in Texas. In 2000 she was graduated from Burleson High School, where she had performed in several musicals. Clarkson would constantly audition and perform any chance she got including many school talent shows. Her teachers recognized her gifted talents and encouraged her to start classical training for music as soon as possible. To chase her career in music, Kelly soon moved to Los Angeles, CA looking for her big break.

In 2004, Kelly released her album Breakaway, and in 2005 it became the world’s seventh-best-selling album. Breakaway earned Kelly two trophies at the Grammy Awards. Since U Been Gone and Behind These Hazel Eyes, the album’s singles ranked in the top 10 on the Hot 100 for weeks. In 2007, she released her album, My December, and it peaked on the Billboard 200 chart, and produced a massive hit single, Never Again, which ranked in the top 10 on the Billboard Hot 100.

In 2009, Kelly’s album, All I Ever Wanted, produced maby international hit singles. Clarkson’s albums, Wrapped in Red (2013) and Piece by Piece (2015), continued to dominate the Billboard Top 200 chart. Kelly has made numerous successful headlining and promotional tours, which include Hazel Eyes Tour (2005), My December Tour (2007-2008), Stronger Tour (2012), and Kelly Clarkson: Live in Concert (2019), all selling well over a million tickets and engraining her in the musical history books for a lifetime. At the Grammy Awards, Kelly has been nominated thirteen times for best performance. There is just no match for her incredibly mind-blowing live show.

HOW TO BOOK KELLY CLARKSON?

Our booking team has successfully helped clients around the globe secure talent like Kelly Clarkson for corporate events, speaking engagements, personal appearances and product endorsements for over 20 years. We take the time to listen and understand the needs of corporations and organizations looking to hire entertainers, musicians, speakers and other creative talent. Fill out a booking request form for Kelly Clarkson, or give us a call at 866-218-5263 to discuss your event. One of our team members will be happy to provide pricing guidance and availability for Kelly Clarkson or any other talent you may be interested in.

HOW MUCH DOES IT COST TO BOOK KELLY CLARKSON?

Booking fees for Kelly Clarkson, or any other artist, singer, or celebrity, are calculated based on a many different factors and can change at any time. Talent prices often vary in accordance with the nature of the event, talent’s current work schedule, the physical location of the event and performance length. The talent fees stated on this site are designed to serve as a guideline only. In some instances, the quote you receive may vary slightly from the given range. To receive the most current and up-to-date fee to book Kelly Clarkson, please fill out our talent request form or call us at 866-218-5263 to speak with one of our experienced booking agents.

WHO IS THE AGENT FOR KELLY CLARKSON?

Kelly Clarkson Booking Agent – Anthem Talent Agency has successfully secured celebrity talent like Kelly Clarkson for clients worldwide for more than 20 years. Being a full service talent booking agency, we have access to every celebrity, performer, speaker, or artist on the planet. Our experienced booking agents are happy to submit a formal offer on your behalf to the talent of your choice, lending you the benefit of our stellar reputation and long-established relationships in the entertainment industry. Tell us more about your event here or give us a call at 866-218-5263, and one of our experienced agents will help you to hire Kelly Clarkson or another celebrity of your choice for your upcoming event.

WHAT IS A FULL-SERVICE TALENT BOOKING AGENCY?

Anthem Talent Agency, acts as a “buyers agent” in the artist booking process. Why work with us? We exclusively represent corporations, event & conference planners, and private institutions, who are seeking to secure world-class performers, speakers, musicians, comedians, artists, magicians or celebrities for corporate events, private performances, appearances, speaking engagements & keynote lectures, commercials, or product endorsements & sponsorship opportunities. We have access to virtually all categories of talent.  Anthem does not claim to exclusively represent Kelly Clarkson nor claim to be the exclusive agency for Kelly Clarkson or any other talent listed on this site. For more information on how we work please visit our about us page. For the most recent updates please visit our blog. Still have questions? Please view our FAQ page.

Our integrated approach to talent booking for events makes us one of the top talent agencies in the country. Here to bring your event to life, Anthem streamlines your celebrity booking needs with a complete platform for talent booking services and end-to-end features designed to steal the show. Hire a celebrity, hire a musician, and hire the world’s best talent with competitive pricing and an array of services from talent ideation to on-site logistics and much more all through a single point-of-contact.

Our website is a resource to event professionals to provide the most comprehensive catalog of talent to book for corporate and private events. A talent’s profile being listed on this website does not imply an affiliation or endorsement by the talent.